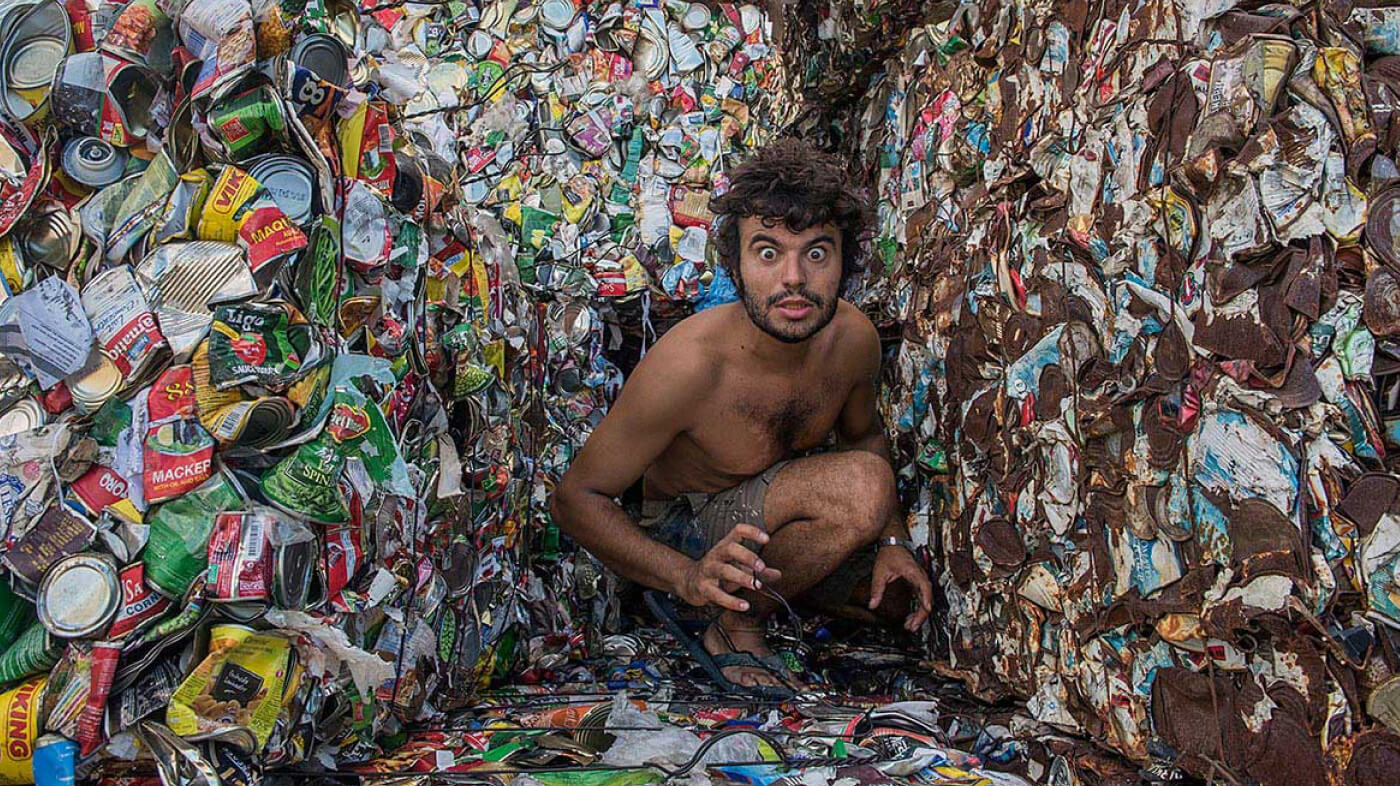 Artur Bordalo (Lisbon, 1987) uses the artist name Bordalo II, which he chose as a tribute to his grandfather, the painter Real Bordalo, in order to promote a continuity and reinvention of his artistic legacy.

His youth took place between the hours spent in the studio of his grandfather Real Bordalo, who had an incessant passion for watercolors and oils and portrayed landscapes and typical scenes of the city, and the adventures around illegal graffiti in the underworld of the city of Lisbon.

He attended the Painting course at the Faculty of Fine Arts in Lisbon for eight years, without ever having completed it, but says that these years allowed him to discover sculpture, ceramics, and to experiment with a variety of materials that have distanced him from painting, which had taken him there in the first place.

The public space would become the chosen stage for his explorations of color and scale and the platform where he gradually transformed his habits and channeled his experiences in the construction and development of his artistic work, which is currently focused on questioning the materialistic and greedy society of which he is (also) part.

The excessive production and consumption of stuff, which results in the continuous production of “garbage” and consequently in the destruction of the Planet, are the central themes of his production. This “garbage” assumes itself as the unusual and unique raw material that Bordalo uses in the construction of small and large scale pieces that he has spread around the world and that, above all, intend to be the vehicle of a universal manifesto.