The Big Trash Animals series revolves around the representation of animals on a large scale, built almost exclusively with garbage (as Bordalo says, the same material that kills them), aiming to provoke a different look at our consumerist habits.

The goal is to generate an emotional relationship between these large animals and those who observe them, seeking to promote the questioning of our acts and habits and, who knows, their subsequent transformation and evolution. Regarding the choice of the animals represented, Bordalo’s choice is often to go for native species, species in danger, in extinction or even extinct.

The production process of each work involves collecting material, cutting and adapting the collected material, assembling, fixing and painting (if that is the case). “Garbage” is the raw material which is used predominantly, in particular “garbage” resulting from high density plastics that have already ceased to serve the purpose for which they were initially intended.

The Big Trash Animals series started with the Neutral subseries. Bordalo then went on to explore the possibility of greater disclosure of the raw materials used (mostly reused plastic) by dispensing with the use of paint in part of the work, with the Half Half subseries, and concluding with an option for full disclosure of this same raw material, in the Plastic subseries.

There are currently 195 Big Trash Animals, spread all over the world. Having already traveled to several countries, the raw material collection process gave Bordalo the privilege of having a unique look at each city and its waste collection and treatment habits. 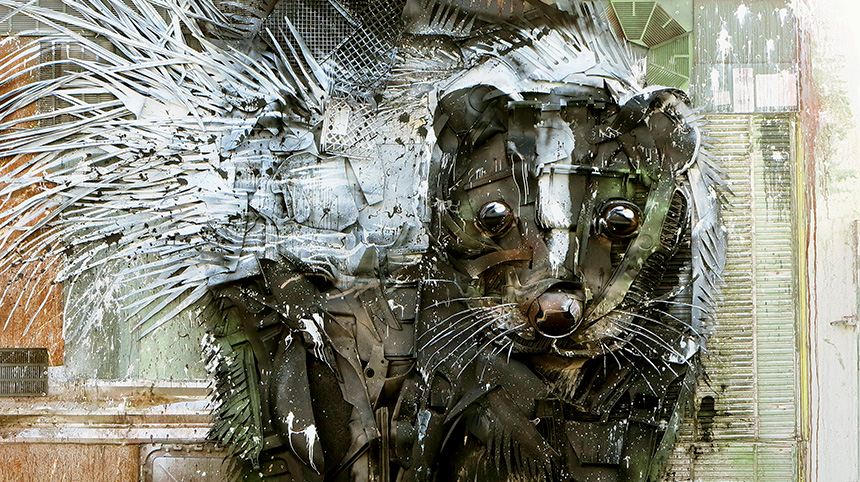 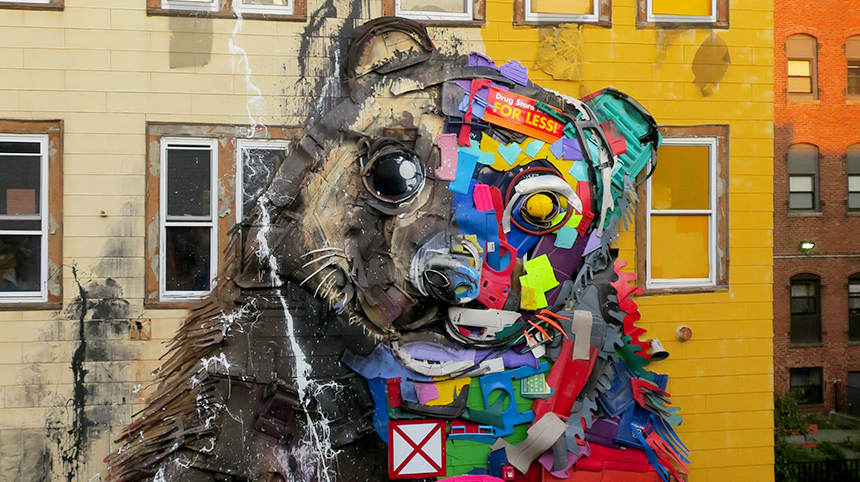 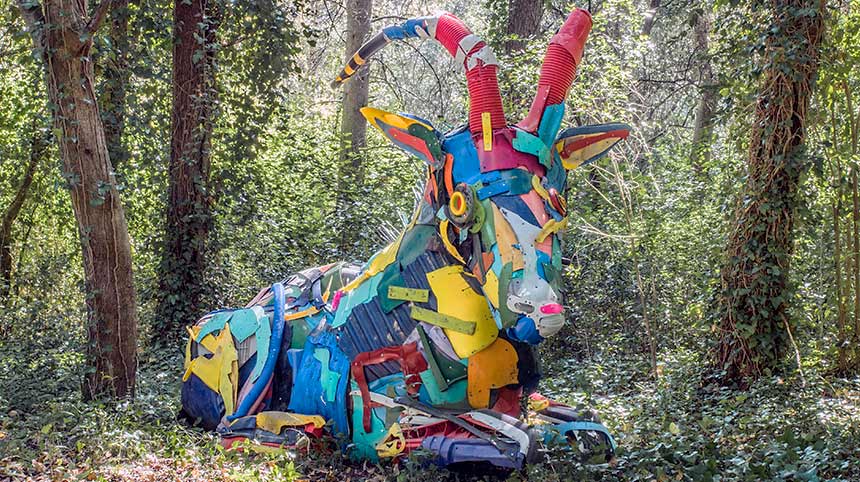 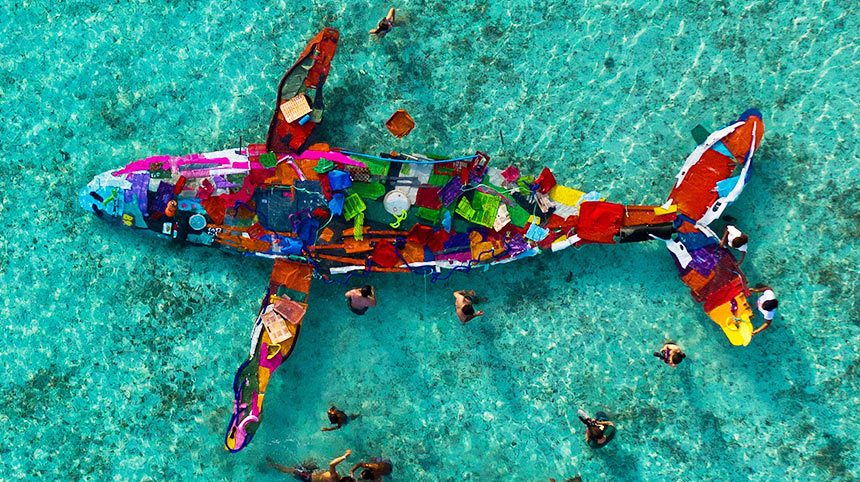