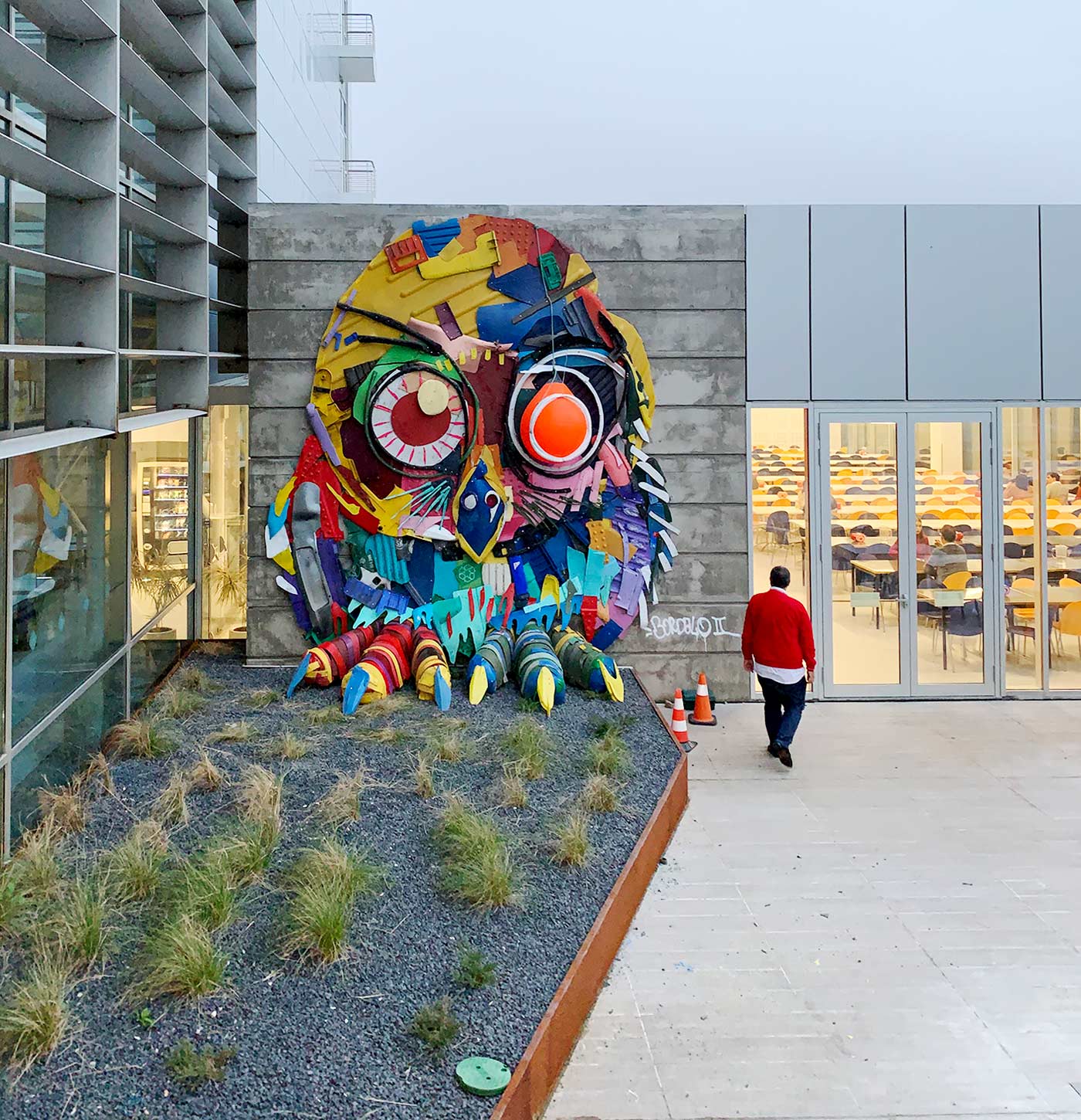 Bordalo II has created two new pieces for the Impresa building, in Paço de Arcos, Portugal.
The works were commissioned to commemorate the 47 years of the Portuguese newspaper Expresso and intend to underline the importance of sustainability.
‍
The pieces are a Plastic Baby Owl, of the series Big Trash Animals, and a gallery format piece of the series World Gone Crazy, entitled "Youth in Charge".
‍
The gallery format piece was created with discarded postcards from one of the Fridays For Future demonstrations in Portugal, and depicts little animals in a demonstration for the future of our Planet. The piece is intended to honor Greta Thunberg as the founder of the movement, as well as all young people around the world who have presented their adherence and contribution to this cause.
‍
Further to these two pieces, Bordalo II also created a special edition of the traditional cardboard bag with an image from a plastic crab. The bag is a distinctive mark of Expresso, which sells the newspaper in the bag every week, so that buyers can carry it more easily.