Trashedy was Bordalo II’s first solo show in the United States, which featured pieces in the gallery space and interventions in the public space. The name of the exhibition was an easy pun to understand, in a territory where economic interests sometimes overwhelm the environment and where waste and excessive production of disposable plastic can easily become a tragedy. The presented works explored, as usual, environmental awareness. Among the works presented was a piece from the “World Gone Crazy” series, particularly evocative of the situation at the time, since the President of the USA had announced his intention to withdraw the country from the Paris Agreement and, consequently, the piece depicted a group of animals from the North and South Poles – penguins, a polar bear and a seal – with their bags and bundles on their backs, after having lost their natural habitats, pointing their fingers and asking Trump for explanations, who with a childish air, apologizes, while playing with missiles and a toy-scale Eiffel Tower. 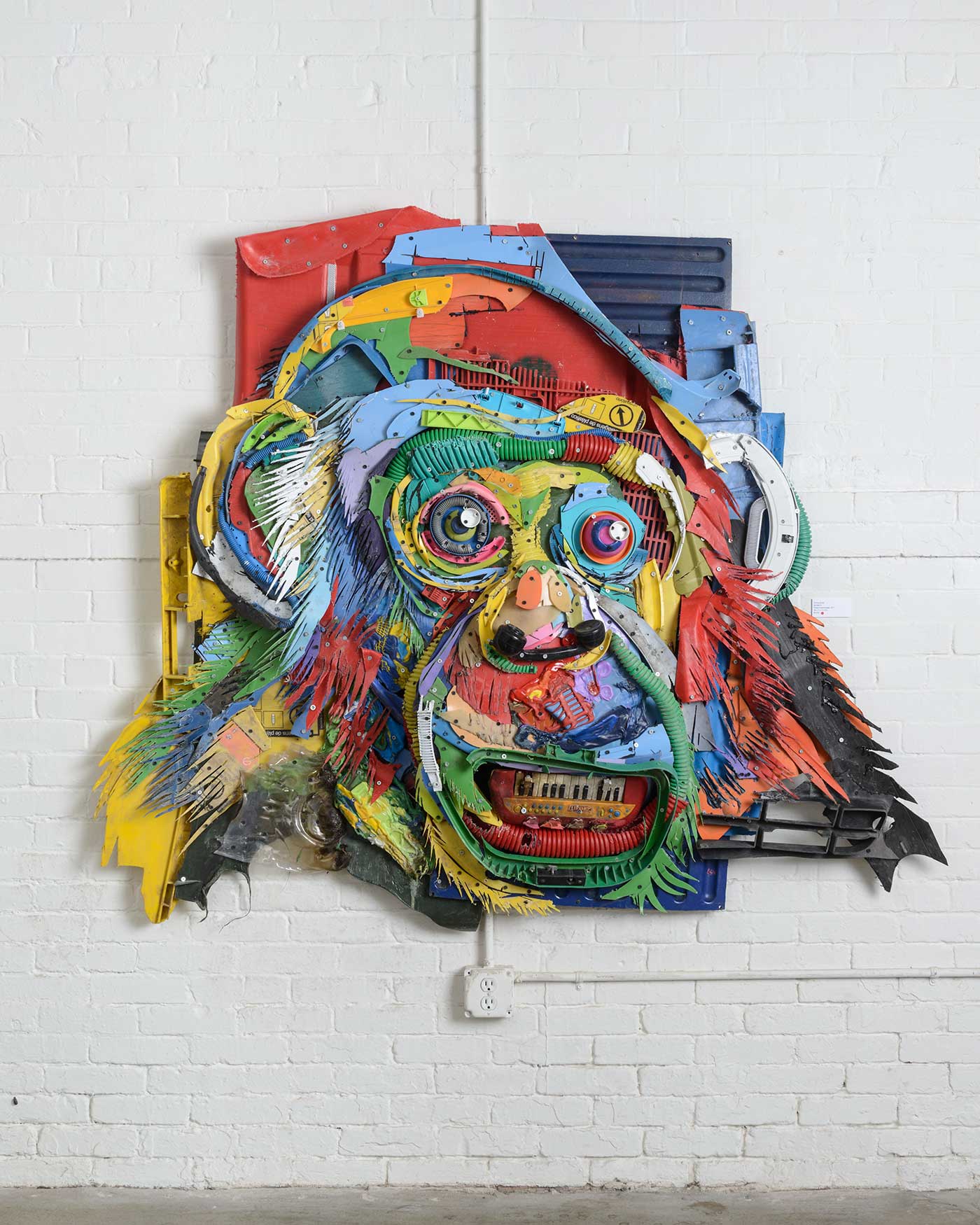 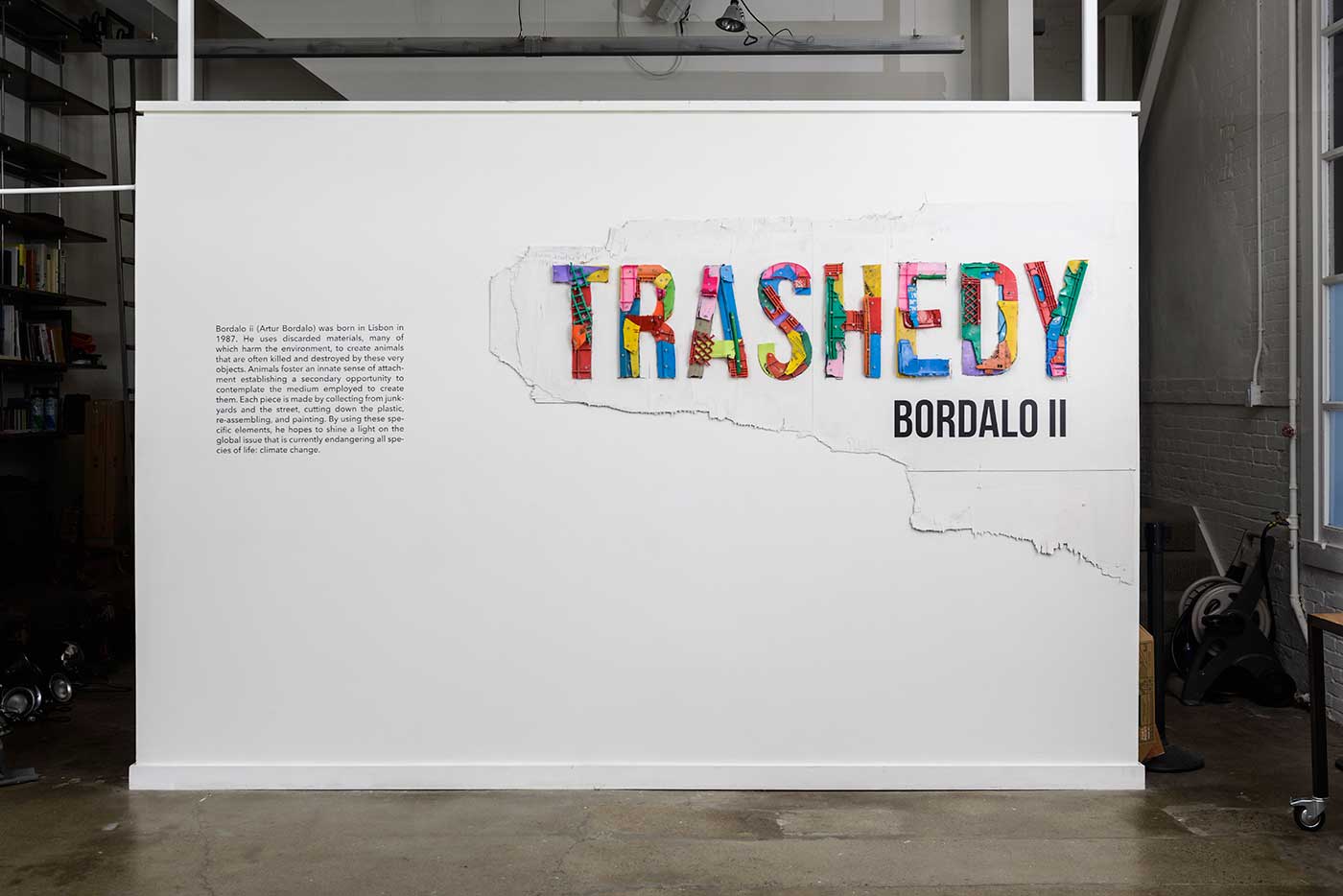 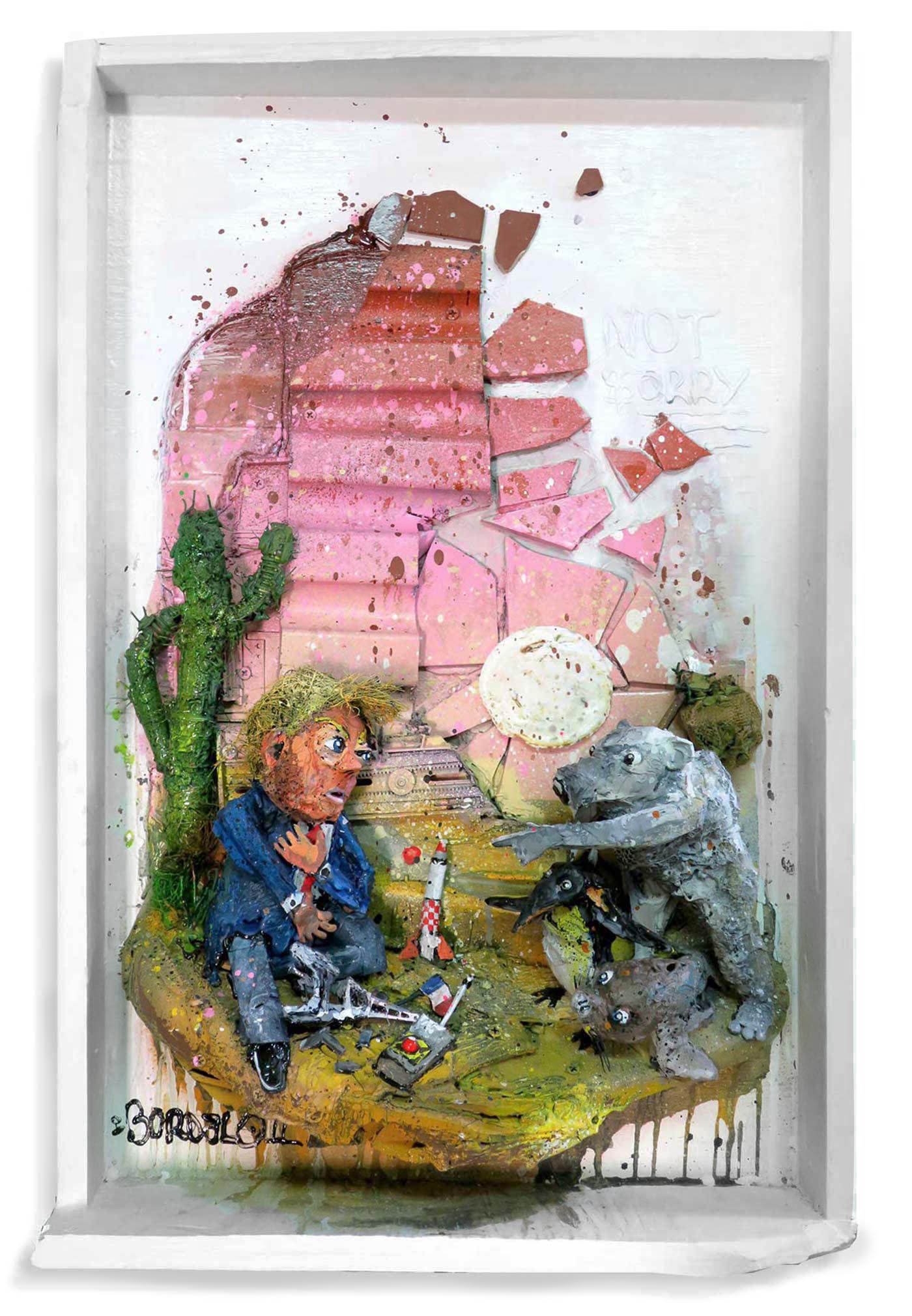 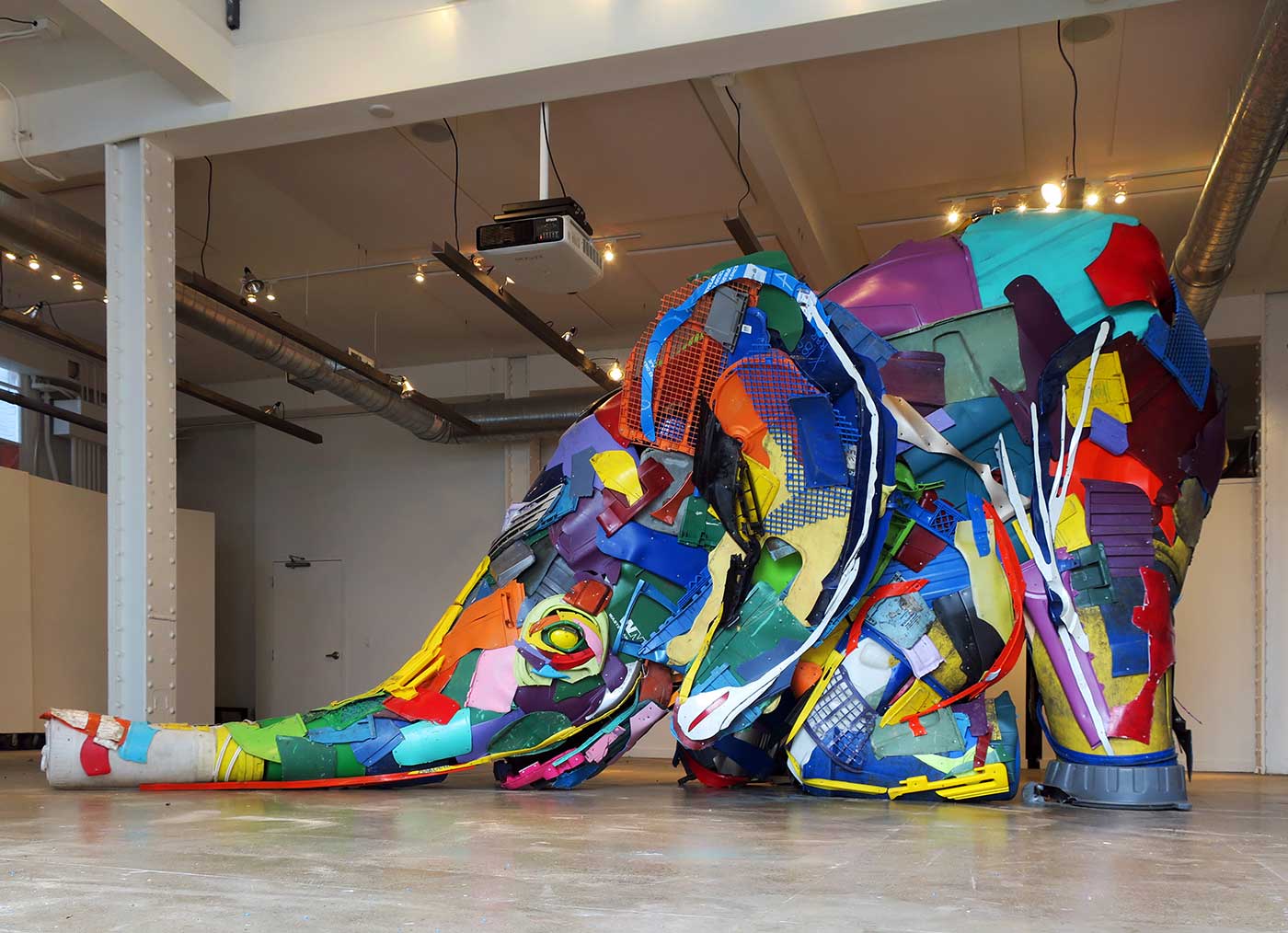 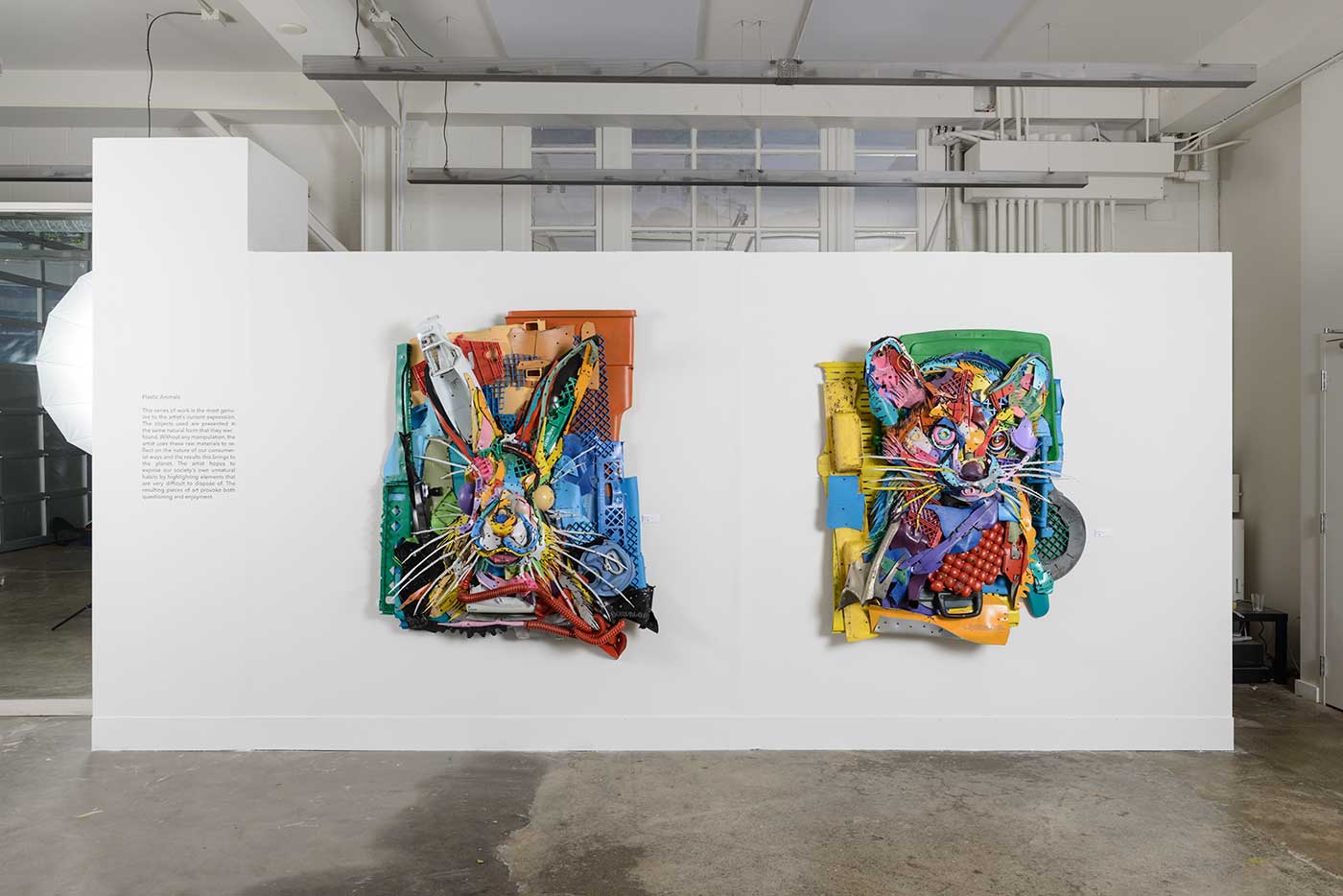 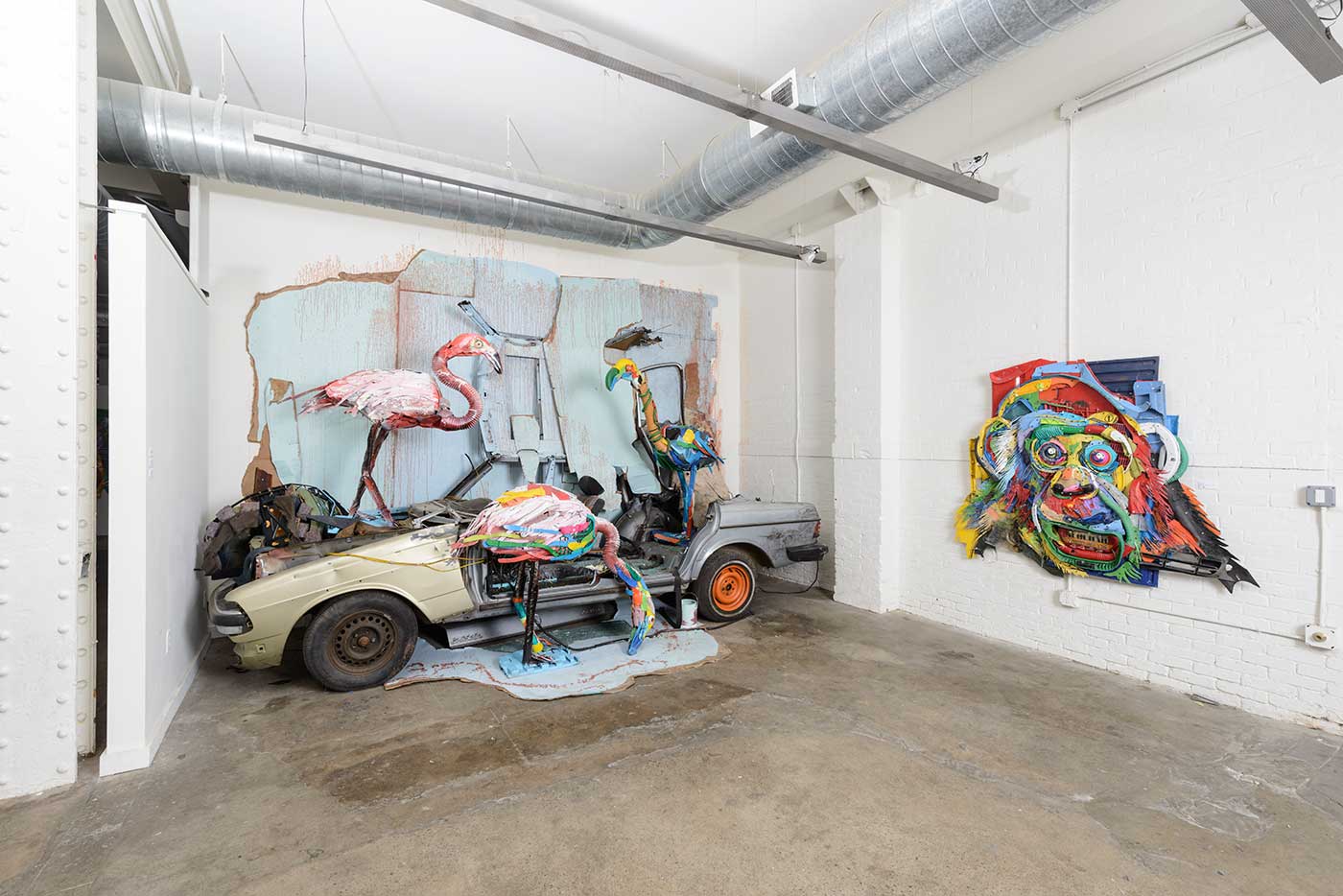 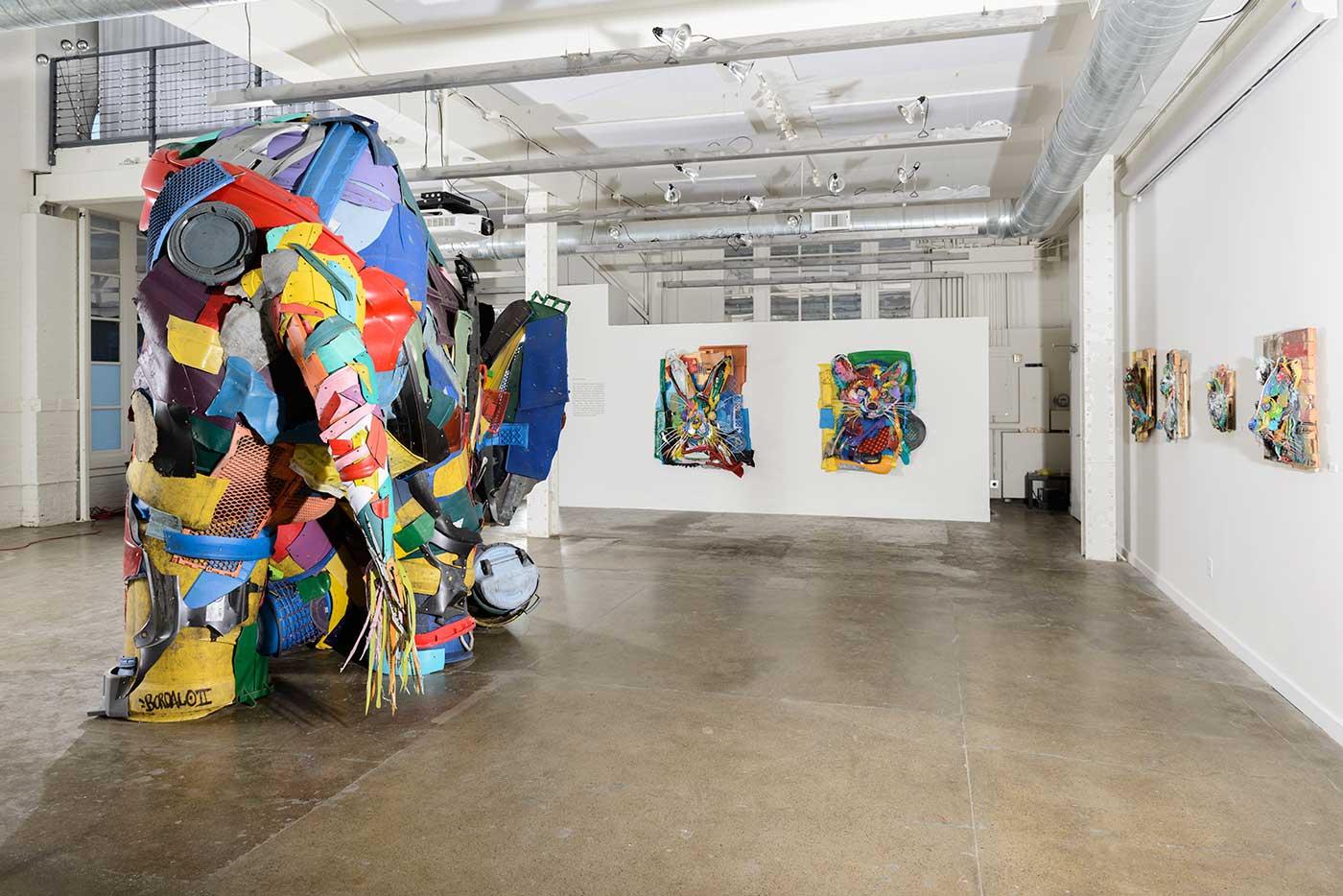